"Wer dich, o Goswinstein erbaut, verbrauchte manch Pfund Heller ?“ (The one who built you, Goswinstein, spent many a heller) wrote Victor von Scheffel – for whom, as a poet of the Franconian Switzera, the people of Gößweinstein in 1933 erected a monument, which is placed next to our hotel.

The view and image of Gößweinstein is shaped by the fortress, edified by Count Goswin in the 11th century.
Sitting enthroned on a scarp, plunging on three sides, above the valley of the Wisent with its crenellated tower, it resembles the subject of the fortress for “The Parsifal” by Richard Wagner.

It’s romantic, the first view to the castle when approaching the town. But the real centre of the town is the basilica, constructed by Balthasar Neumann 1729-1743. This huge solemn and renovated baroque construction, whose miraculous image is the “Heiligste Dreifaltigkeit”, every year attracts the pilgrimage with a number of adherents of ca. 100.000 pilgrims. As early as in the 15th century the miraculous image had the reputation of thaumaturgy. A Franciscan monastery is joint to the church.

Thus Gößweinstein early on became a market place and place of trade. Mid-20th-century it evolved into a recreation and climatic health resort and into the first tourist centre of the Franconian Switzera. With its wide offer of cuisine, tradition and leisure possibilities the town offers a central and animated starting point for his vacation to every visitor. 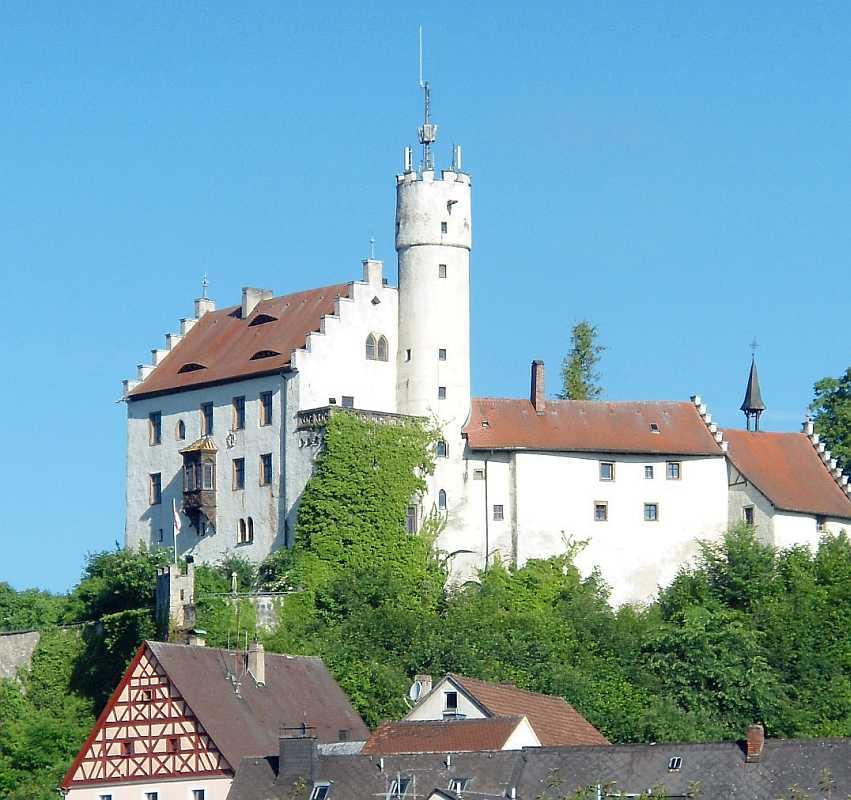 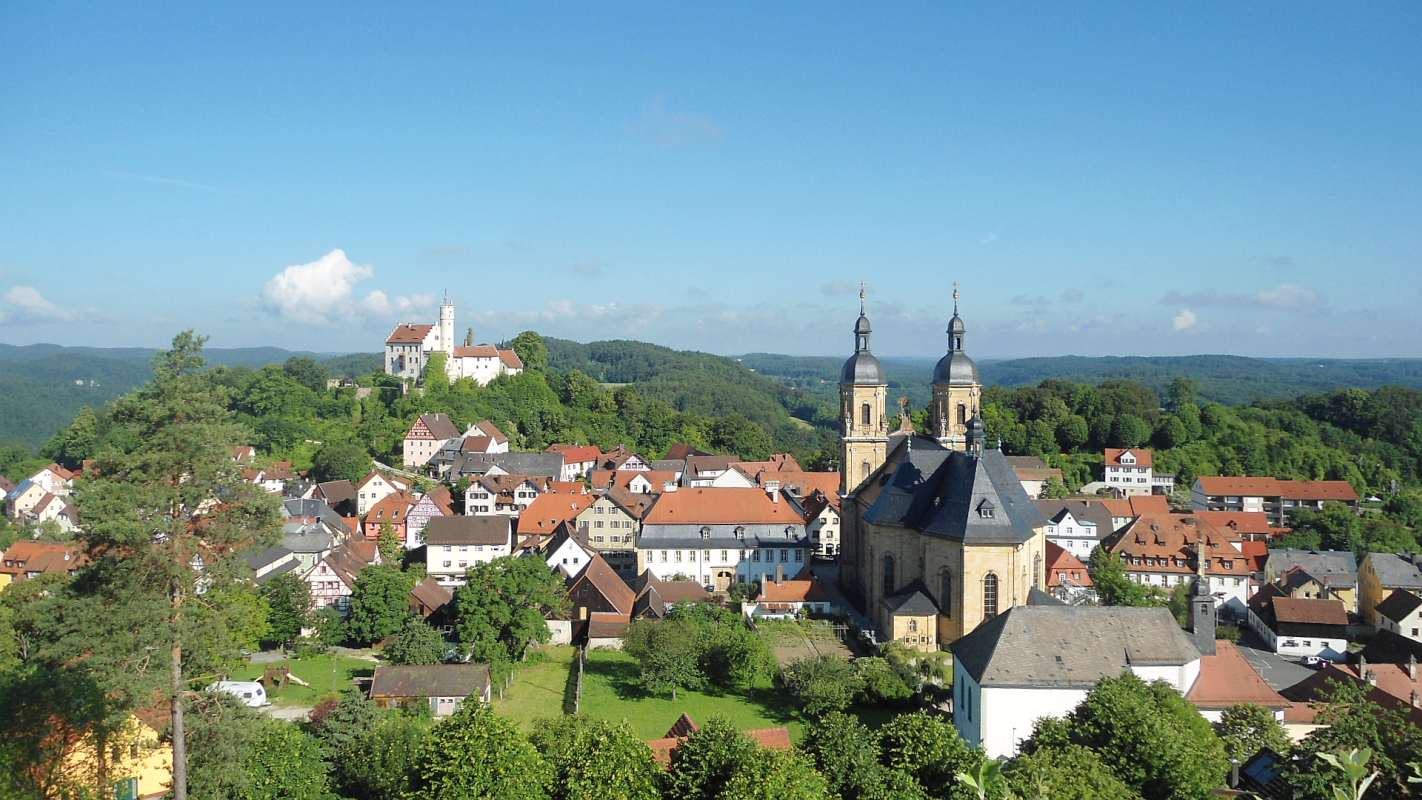 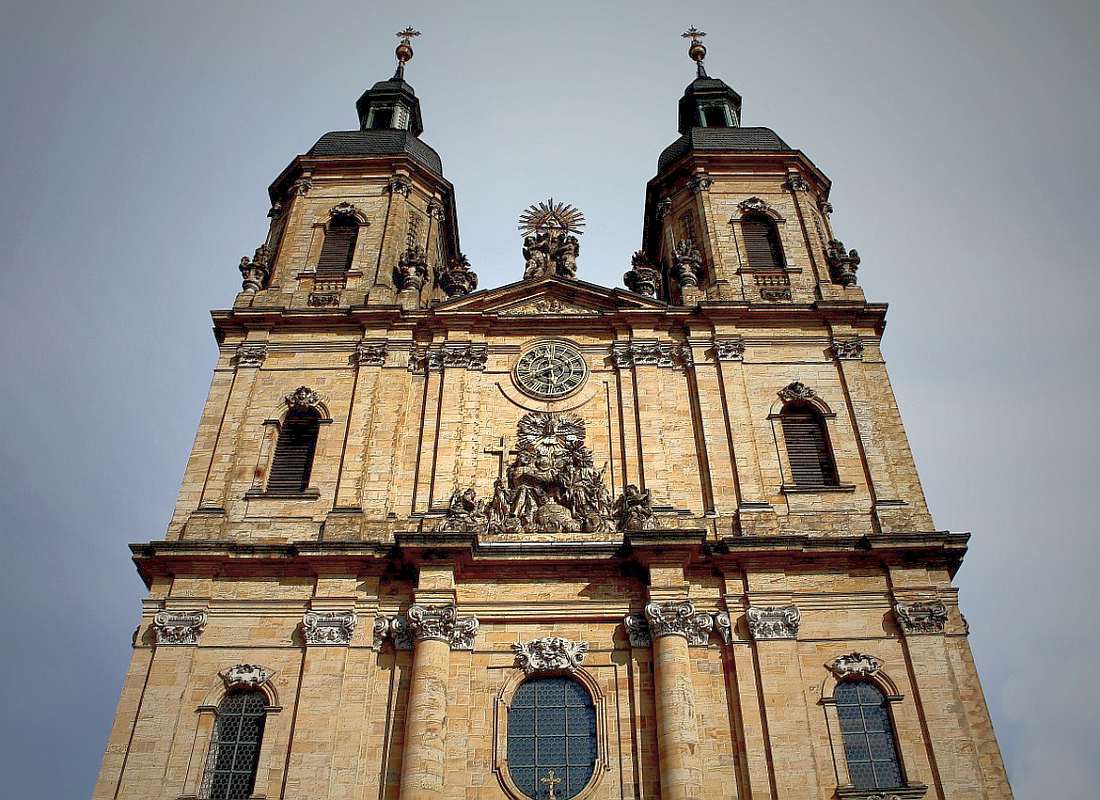 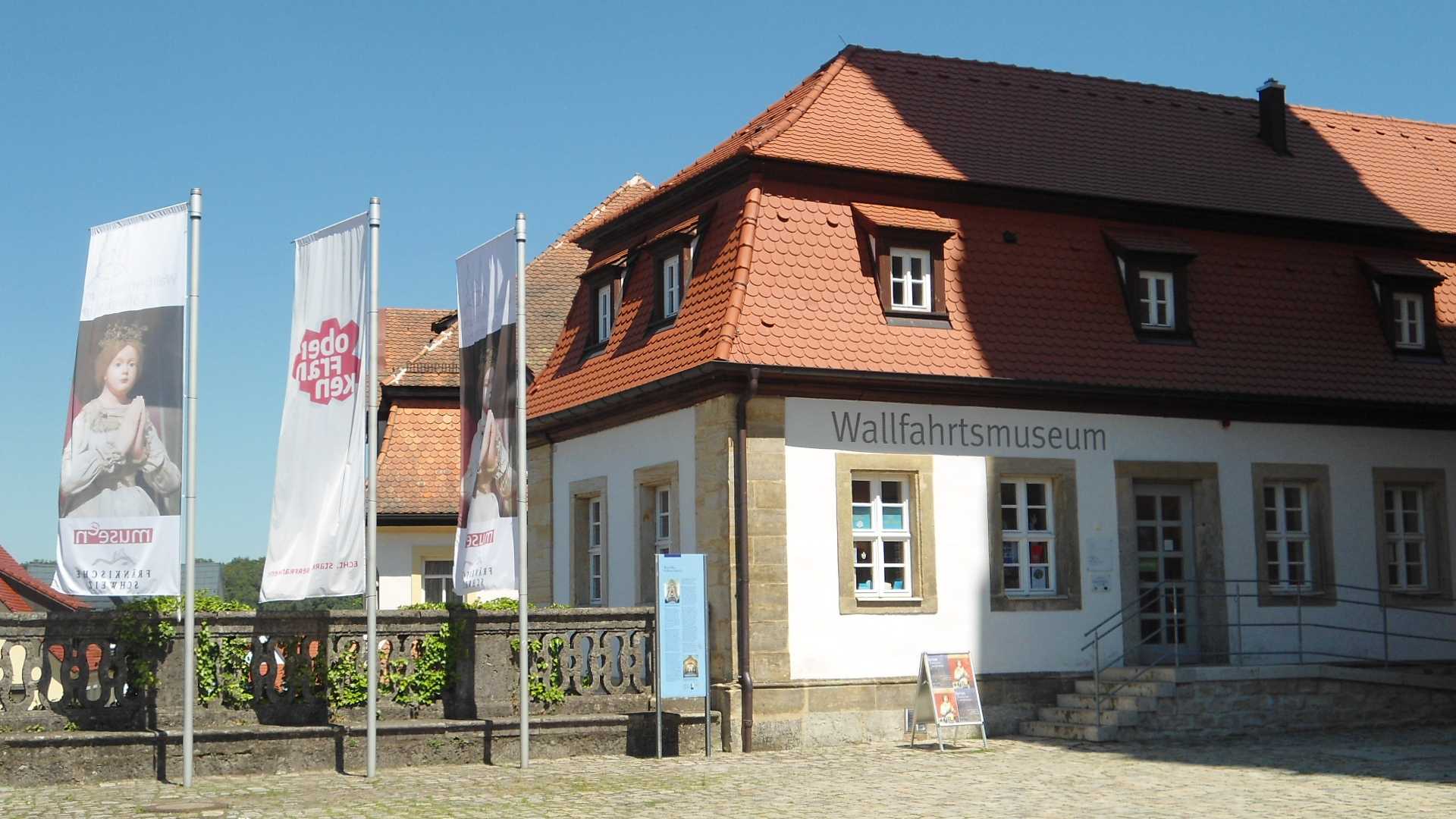 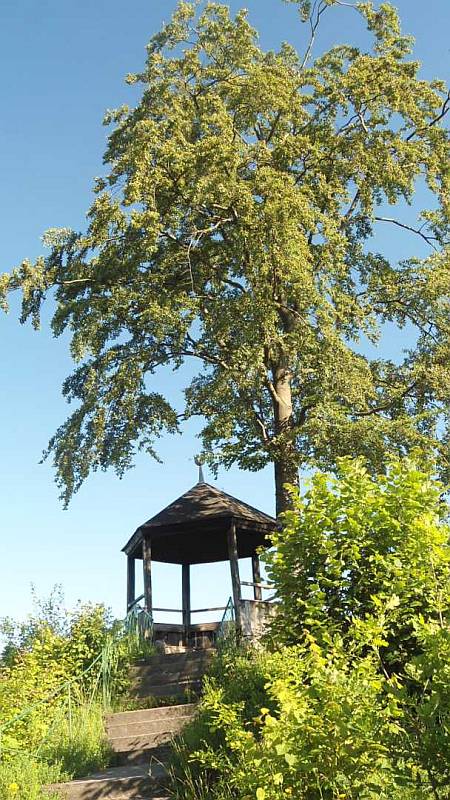 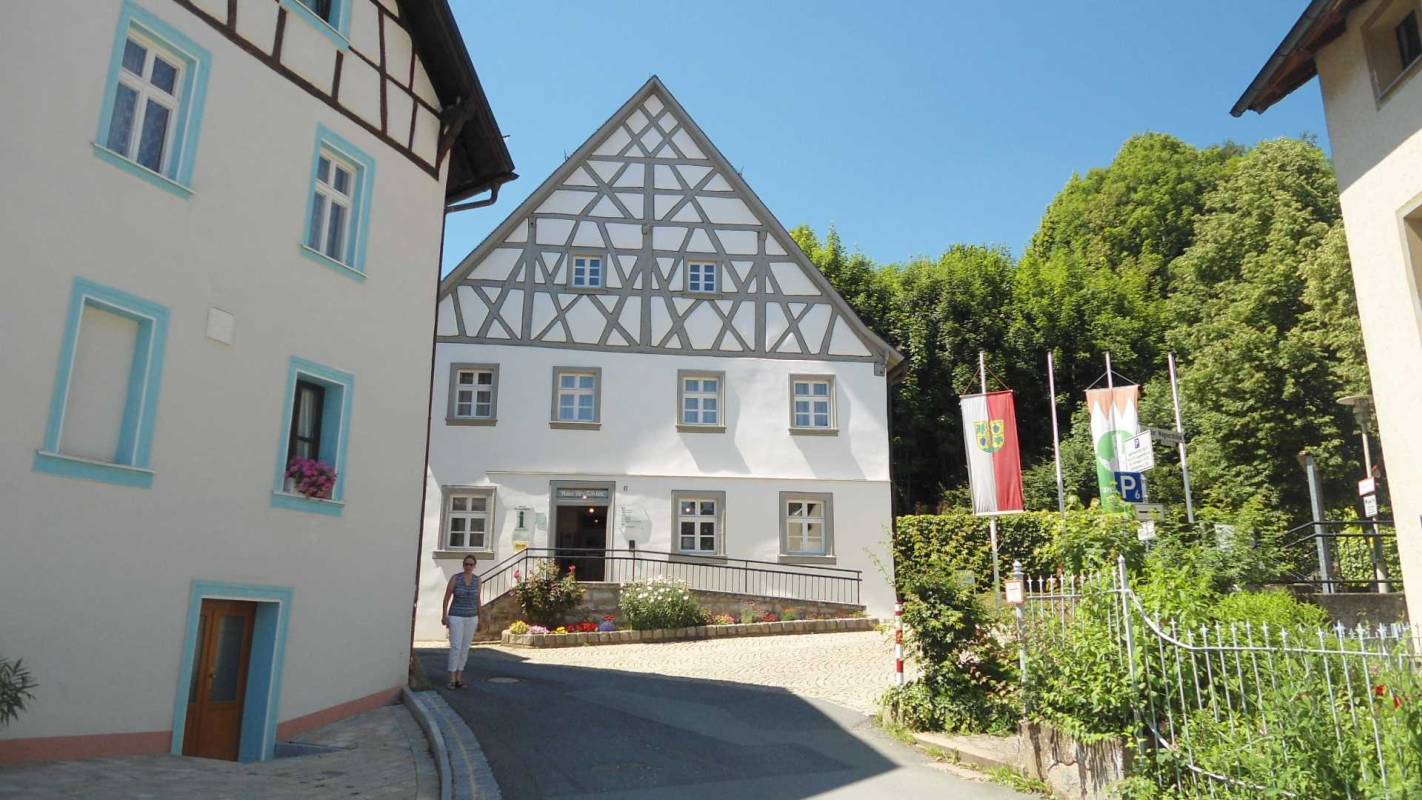 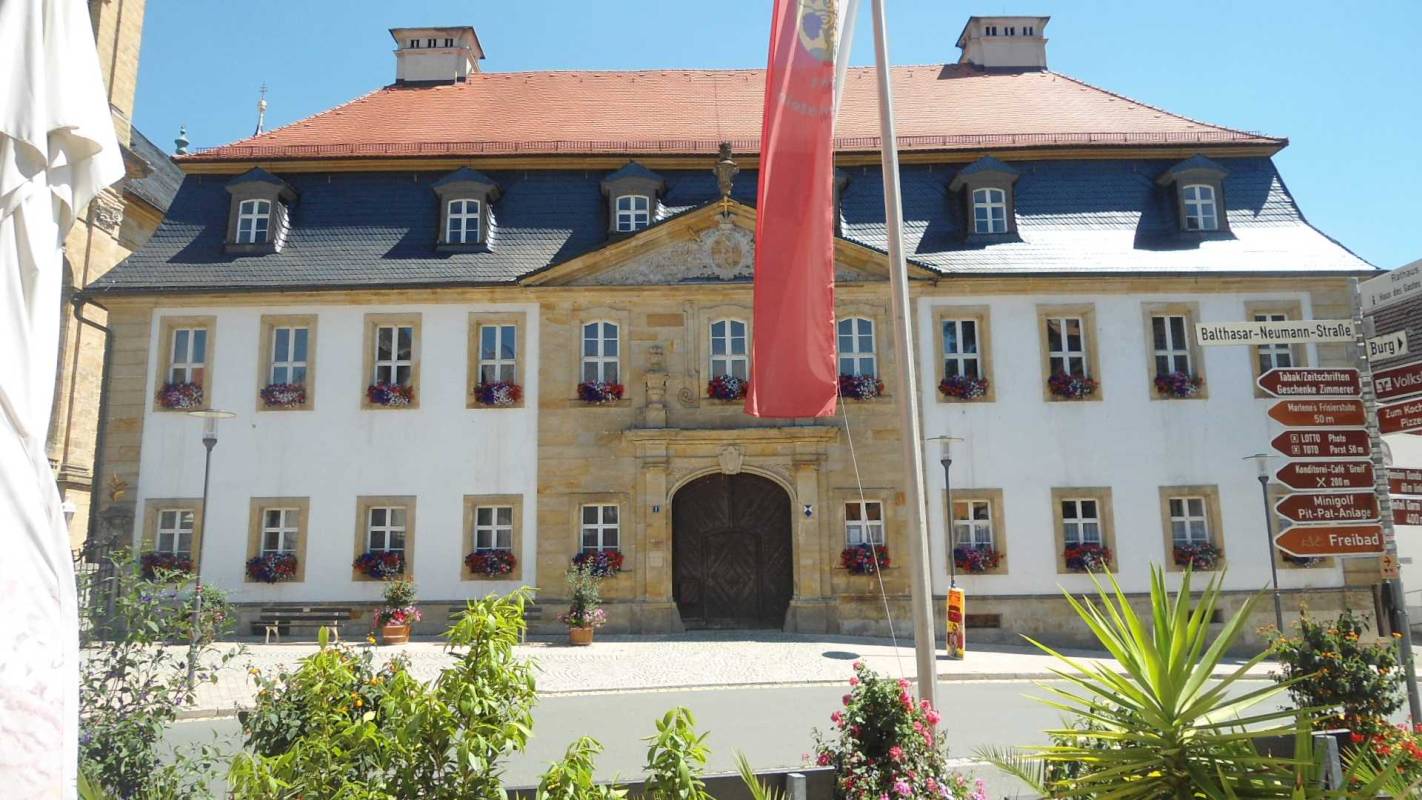 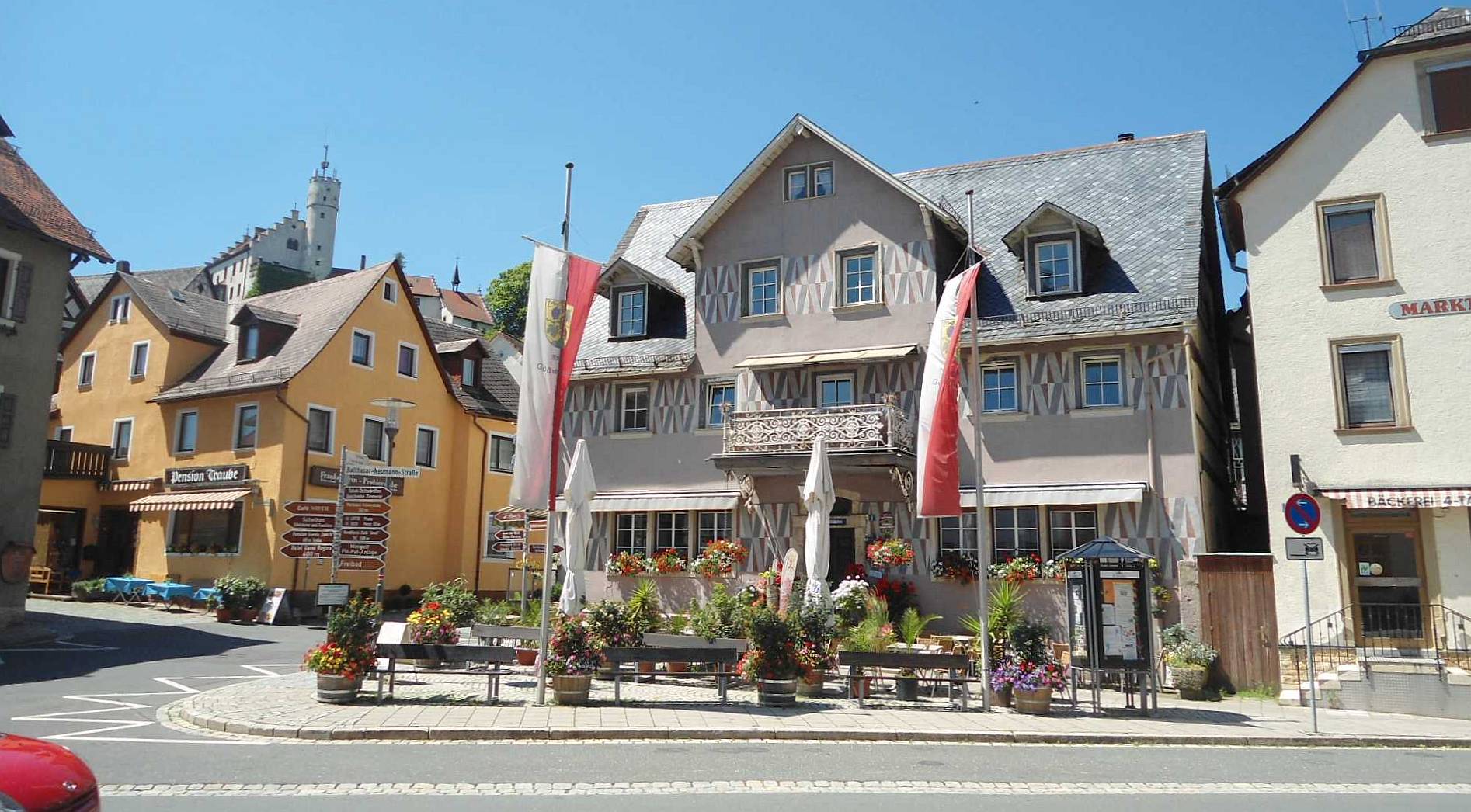 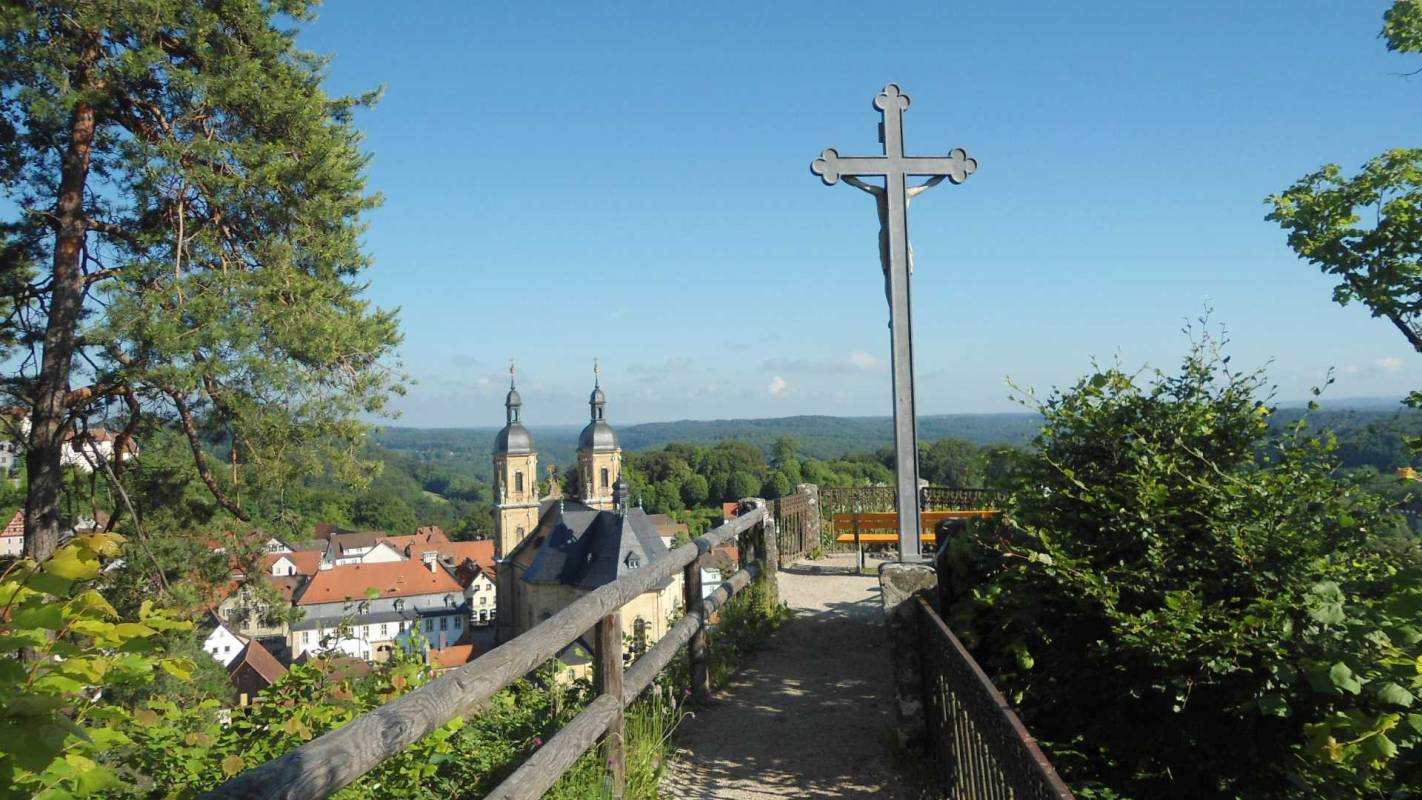